It’s been over a week since Splot was released. Hopefully you’ve had fun with the game! 🙂

We’ve decided to throw a little drawing contest. Check out the contest info and rules below: 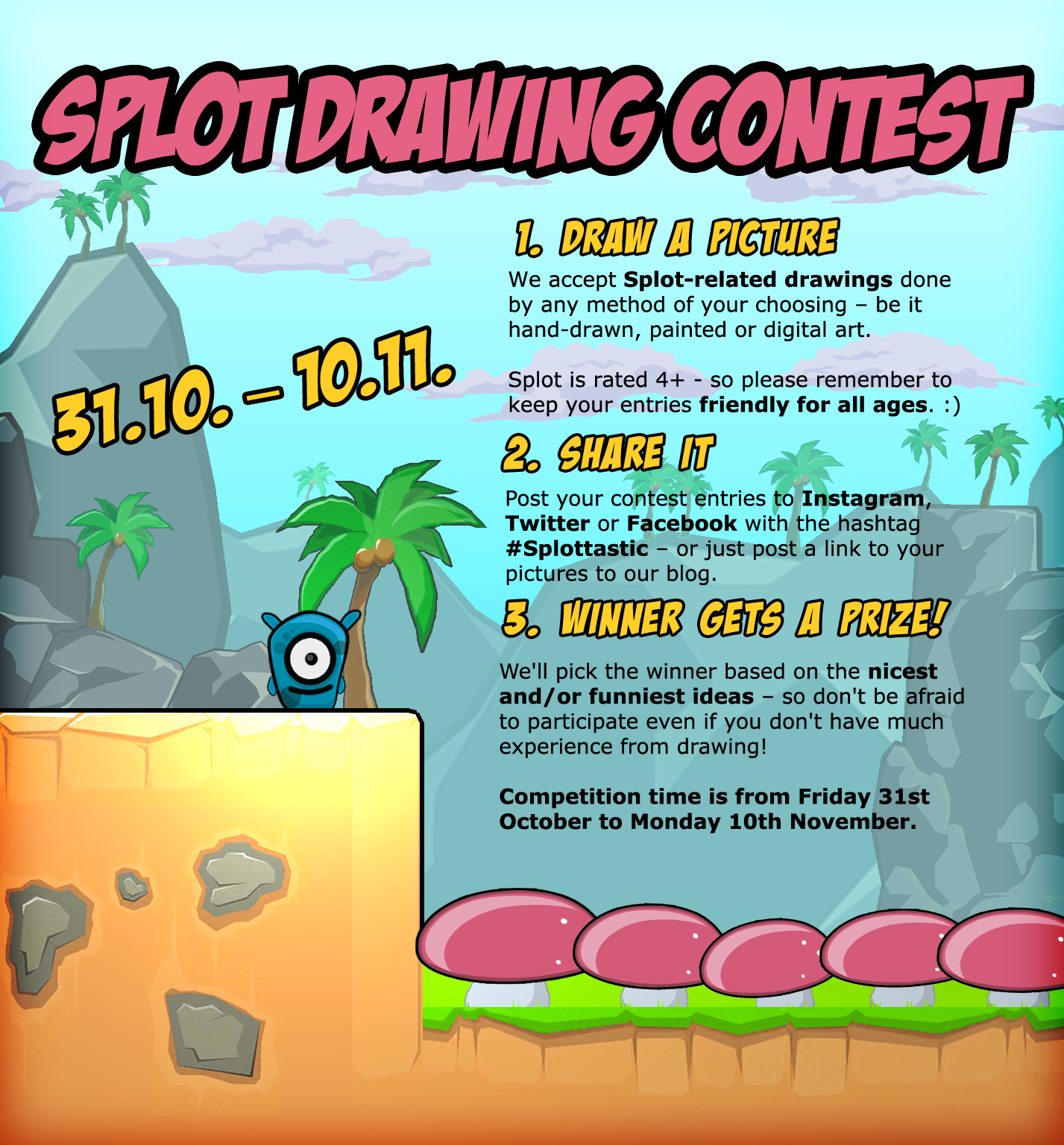 We’ll be tweeting contest entries during the week. The winner will be announced after the contest has ended! We’re really excited to see what you guys can come up with! 🙂