More Heroes of the Epic Band

Only one week left before Has-Been Heroes is released. Who else is excited? Bet we are!

At the office our Marketing team is working hard with the last details, and we, the Support team have been trying hard to learn all the tricks so that we can give you guys great advise! I for example have gotten quite good at dying, I have discovered numerous ways to do this. But enough about that, you might have also noticed that we introduced six members of the Has-Been Heroes team in the past weeks on our social media channels… now they are also here in our blog with longer introductions! You can see them below, and I bet there are some things we haven’t told you yet! 🙂 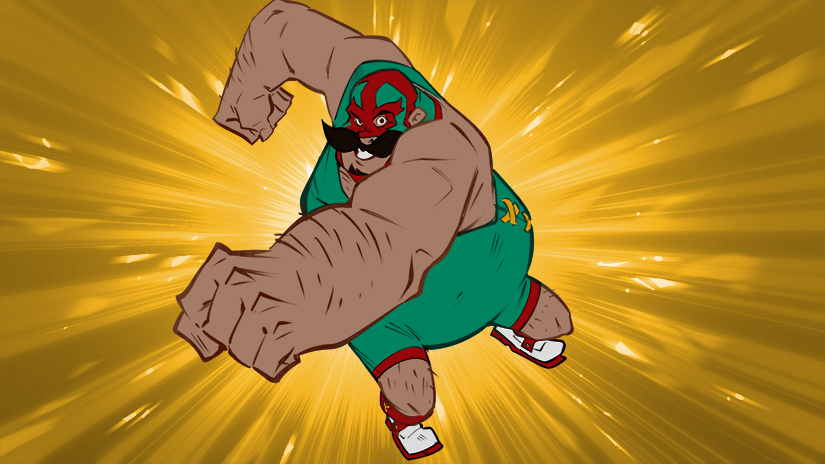 Florencio de la Torre, the Wrestler “El Antropólogo”
When Florencio was young he dreamed of becoming an anthropologist, to pursue his dream he started to study anthropology in la Universidad. Unfortunately the university was ruined when the evil sorcerer, el Primer Ministro Juan Batidor, stole all the tax money that was due to go to la Universidad. After this unfortunate event Florencio became a traveling wrestler, dubbing himself as “El Antropólogo”. In his travels he encountered the Epic Band of Heroes and joined them to fight injustice. He also saw a possibility to loot all the wayward treasure chests on random roads in the wilderness, he was hoping to donate all the money to the la Universidad so it could be restored to its glory once more. 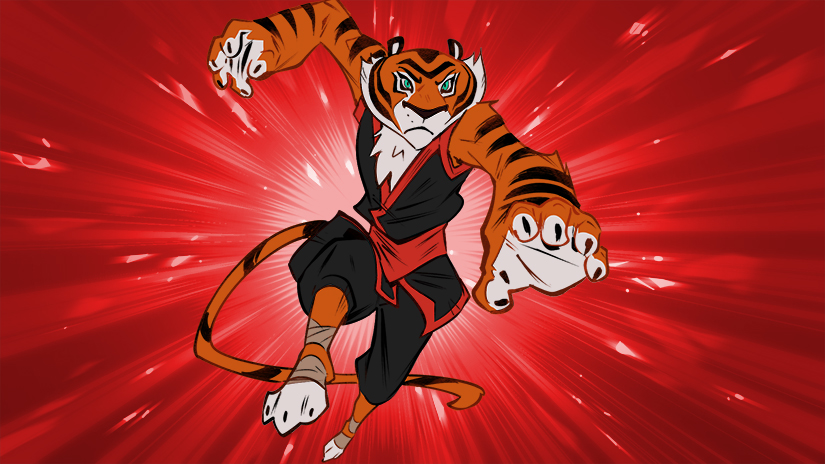 The rescued Tiger, Kedi is also part of the team!

Kedi, the Tiger
During one of their quests the Epic Band of Heroes were rambling in the derelict city sewers. During that smelly quest they managed to found a small statuette depicting a leaping tiger. Instead of a common paperweight the statuette was revealed to be a magical prison. When cleaned, the spell was broken and the prisoner bound to the prison was freed. The feline creature, who suffered from a memory loss, was dubbed Kedi. Kedi began to travel with the group and though she is a weretiger and a ferocious fighter, there is always a soft spot for nature in her heart. 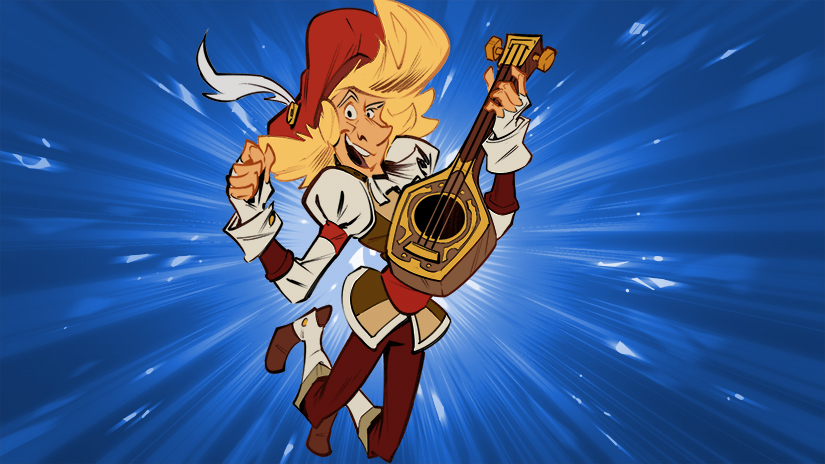 Favian, the Bard
Favian used to teach at the academy, he was the youngest member of the teaching staff an the students were quite fond of him. But Favian was young and curious so the halls of ivy were not enough for him. He wanted to see the wonders of the world, hear all the untold stories and sing with the sirens. During his travels Favian joined forces with the Epic Band of Heroes many times, growing attached to the merry band. Favian always returned for the academy, but as there was always just one more adventure to undertake he never stayed for long. Unlike the other members of the Has-Been Heroes crew, bookwormish and sophisticated Favian is not exactly a battle hardened adventurer, but he takes his responsibilities seriously. He takes pride in his profession and considers it his duty to boost the group morale with constant singing, lute playing and poetry. 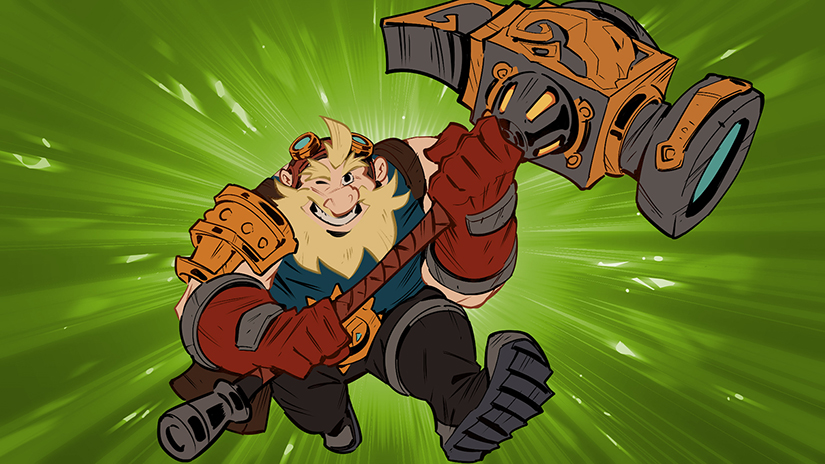 Khar is always on a lookout for a hidden treasure!

Khar, the Dwarf
Khar is the youngest son of a wealthy dwarven merchant so he has a knack for finding and hoarding valuable goods and treasure. Customer service however, was never Khar’s strongest skill. His farther was actually quite relieved when his lastborn announced his intentions to find the legendary dwarwen gem, The Mountain Tear. The search took Khar to the faraway lands and unexplored places. Khar joined the Epic Band of Heroes in the hopes if finding adventures and Wealth. The Mountain Tear however has remained hidden from Khar to this day. 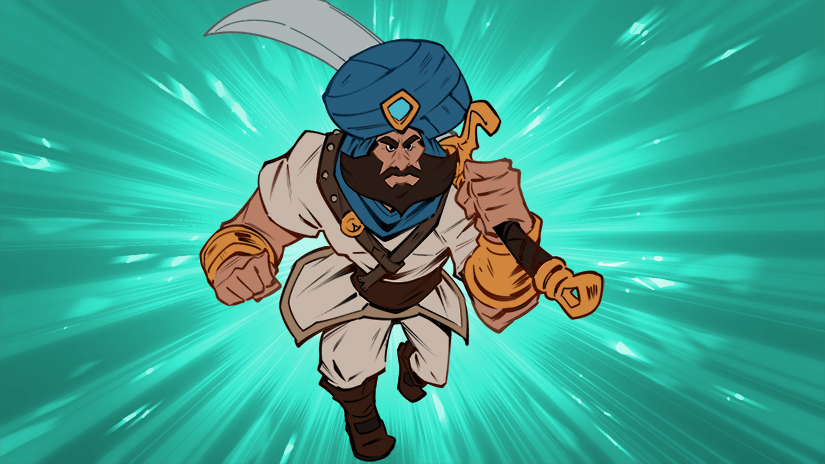 Zakwas has the heroes’ back!

Zakwas, the Bodyguard
Zakwas comes from an eastern faraway land where he was trained to act as a bodyguard for the emperor. Unfortunately the emperor was assasinated on his watch, this forced Zakwas to flee the loyal court and his homeland. Luckily Zakwas soon encountered the Epic Band of Heroes, promises of adventure, companionship, wealth and safety allured Zakwas to join the hero company. Zakwas is sure that THEY are coming. He has no idea who “they” exactly are and why would they attack, but no one can blame him for not being ready. He is always worried about the safety of the group and can sometimes be a little fidgety. 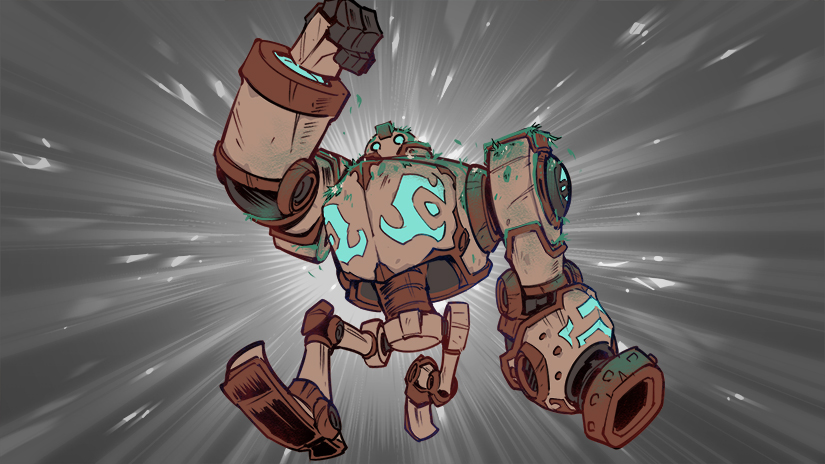 Roho, the Robot
The Epic Band of Heroes received Roho the Robot as inheritance, after having done a good deed to an old and dying sorcerer-engineer far, far, far in the south. At first all the Heroes thought Roho was simply a soulless construct, but gradually everyone began to be be aware that Roho had a mind of its own. This unnerved some of the Heroes, and fascinated others. Unfortunately not much else is known about Roho other than than the fact that roho likes baby animals and music.

So, these are the six new heroes in a nutshell! You can take a look of the starting trio from this blog post. Which of the characters is your favorite? There is still three unique heroes that we haven’t introduced to you. Not to mention the 24 character variations you can unlock by playing the game!

3 comments on “More Heroes of the Epic Band”