Comment below for a chance to win a game key of your choice! Winner can choose a game key for Steam from these options: Trine, Trine 2: Complete Story, Trine 3: The Artifacts of Power, Shadwen, Shadowgrounds or Shadowgrounds Survivor.

Frozenbyte celebrated its 15th birthday earlier this year. But it’s actually on this day, 15 years ago, that Frozenbyte was officially registered as a company. So let’s see some pictures that we have taken along the way. 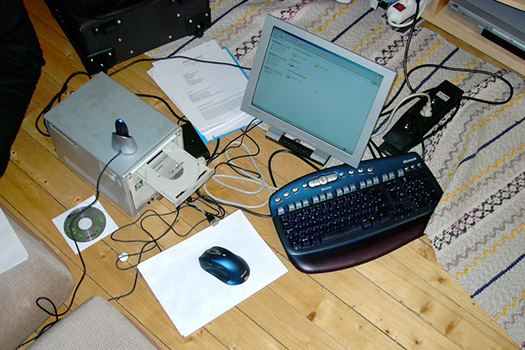 Sometimes you have to compromise with the working space.

This is where it all started. Our CEO’s tiny flat. This proves that all you need is a computer and a lot of determination. At least in the beginning it’s enough, later on you might need some other stuff too. 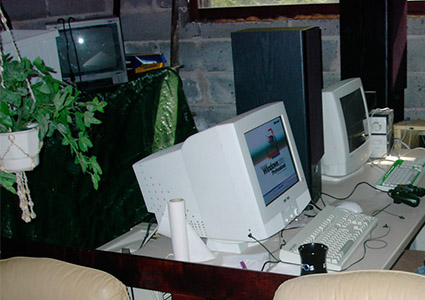 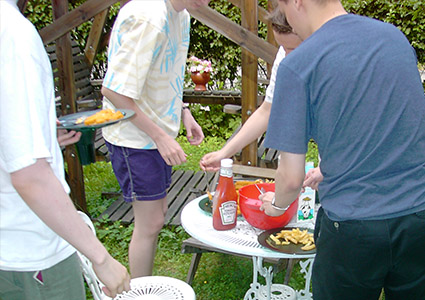 I bet this is the workspace and party dinner that comes to mind when you think about how glamorous the video game industry is! During the spring of 2003, Frozenbyte had seven employees so the company had to move from our CEO’s apartment to his mother’s garage due to the lack of space. Towards the end of 2003, Frozenbyte moved into a business incubator located in the Helsinki city centre, because a real company needs a real working space. The office was 40 square meters and quite an improvement compared to the garage, don’t you think? Shadowgrounds was released in 2005 and Shadowgrounds Survivor in 2007. Frozenbyte hired so many workers that the company ran out of space again. 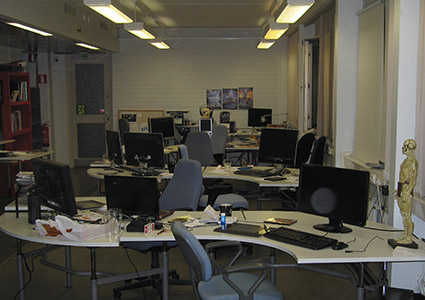 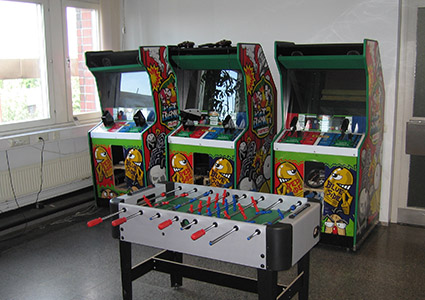 Workstations and a game corner we had back then!

Eight times more space than before! Frozenbyte started to work with Jack Claw, a project that was later buried. After the burial Frozenbyte started working on Trine which was released on Steam in 2009. Playstation, Mac and Linux versions came later. Trine 2 went into development right after Trine was released. Trine 2 is also having a birthday today and is turning five years old! Trine series was such a success that once again Frozenbyte hired more employees and the space ran out. And the solution for that? Yup, it was time to move again! 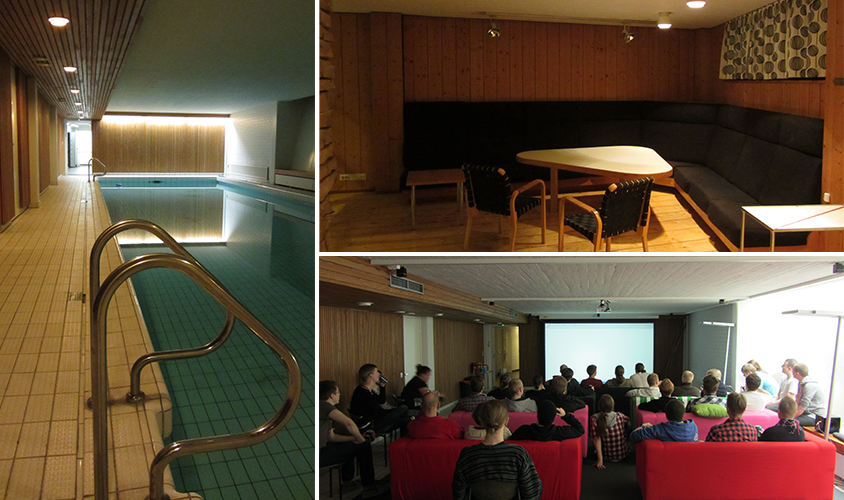 Pictures from the downstairs. The pool is replaced by a meeting room!?

Okay, these pictures are from our current office building here in Kuusisaari, Helsinki. In this office we have developed Trine Enchanted Edition, Trine 3: The Artifacts of Power and Shadwen. Nine Parchments is currently in development. Unfortunately we don’t have the pool anymore as we kinda ran out of space and had to convert the pool area to an auditorium. And as you can see from one of the pictures below, our catering has somewhat improved, although we still have french fries and ketchup once in a while. 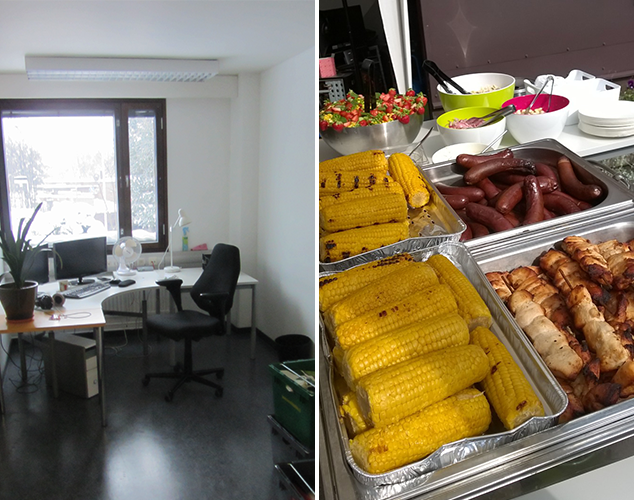 This was when our Writer’s, Maija’s office was setup to upstairs, and some party food on the right!

That was quite nostalgic, wouldn’t you say! Do you have any absolute favorite photos? Or do you maybe have some questions that you’d like to ask us? Maybe tomorrow we could post something that isn’t as old as some of these photos. 😀

Here is also the video that we made to show our journey from our first game, Shadowgrounds to Shadwen.