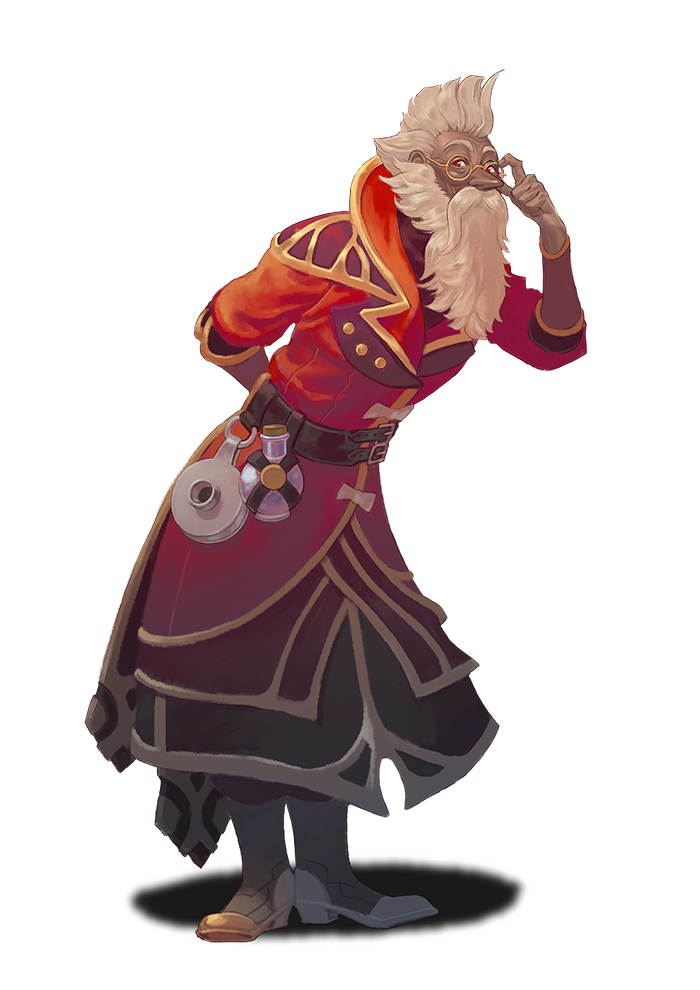 “When I was young, the roads were even longer, and all uphill!”
– Marvek, on the path of adventure

Marvek had it all planned. Just a few more busy years of running their small bakery, and after that he and his wife Poppy could retire to a small beach house.

Those golden years dreams went up in smoke when Marvek’s magical talents manifested for the first time. An accidental fireball burned the bakery to a crisp and left him no choice but to enroll at the Astral Academy. Luckily there is no age limit to studying magic.

Determined and used to tall orders, Marvek has kept up with younger students. Since his classmates are still wet behind their ears, Marvek is committed to both look after them and offer life guidance. He likes to reminisce the golden days of old, even so his trips down memory lane tend to result in getting lost all over the map.

Marvek is eager to leave the Academy, so that he can return to his previous life and bake once again to his heart’s content. The Academy’s recently missing parchments seem to be his sweet shortcut to graduation.

Marvek isn’t the only student who is after the Nine Parchments. We’ll meet more of his companions in the upcoming weeks!