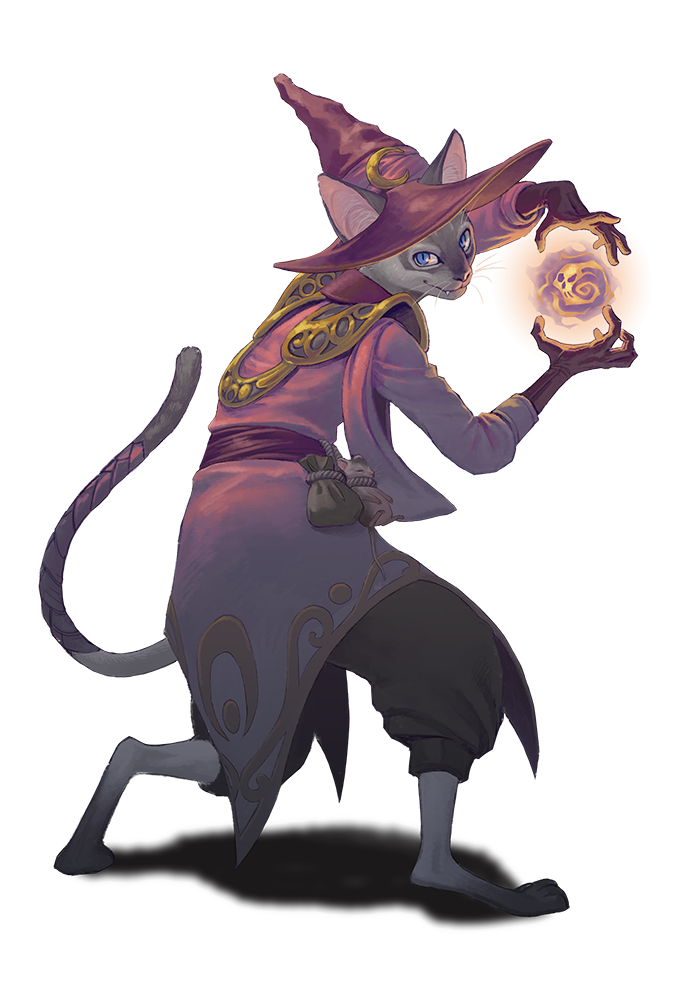 “They say curiosity killed the cat, but I don’t think the proverbial cat knew how to conjure hexes.”
– Rudolfus the Strange

Favourite spell: Certain Death Spray
A dangerous spell with dangerous effects for its caster. But happily enough, Rudolfus loves dancing on the edge of trouble.

A student of the sinister death magics, Rudolfus is aspiring to become a warlock. As for his background, no one knows where he came from. There’s also some speculation whether or not he is a werecat, or a cat turned into a man, or a man turned into a cat; and Rudolfus is not at all forthcoming when it comes to the topic of his mysterious past.

Although Rudolfus is as eager to complete his spellbook as the other students, he’s even more interested in the certain havoc that is to happen when a group of runaway apprentices attempt to learn how to use the Academy’s array of powerful spells.

Rudolfus can be quite mean when it comes to his fellow students, but with the naturally charming demeanor of a cat, he also gets away with his snide remarks easily. Whether or not he’ll use his spells on the other students during their quest to find the Nine Parchments is entirely another matter of course.