Has-Been Heroes gets a free Expansion – out now!

Has-Been Heroes has just received a massive free expansion pack! It’s out now on all platforms and we’ve got a short video to celebrate:

The expansion adds tons of new content for players to discover and includes the Trine heroes – Amadeus the Wizard, Pontius the Knight, and Zoya the Thief – as playable characters once you have unlocked the Epic Quest mode. The Epic Quest mode will be a true test of skill for the most veteran players as the heroes have no starting spells! Complete with custom animations (Amadeus attacks with a box!) and beautiful 2D visuals in the style of Has-Been Heroes, the Trine heroes definitely need to perform some heroic deeds to complete this quest from another universe! 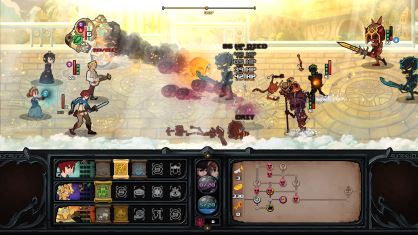 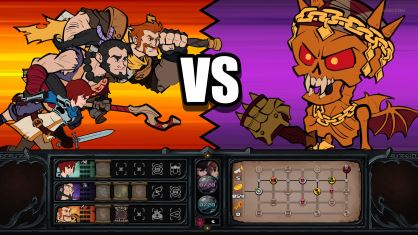 Updates to the main game include:

For players looking for another challenge, the expansion also brings two new game modes: “Challenge Mode” and “Seed Mode”. Challenge mode is a single difficult battle with pre-set loadout of characters, items, and spells. By completing a Challenge players unlock a new Young Hero. Seed mode allows players to share a seed number with friends and play the exact same game/run with a timer upon completion. Use this to host a competition between you and your friends and compare strategy. 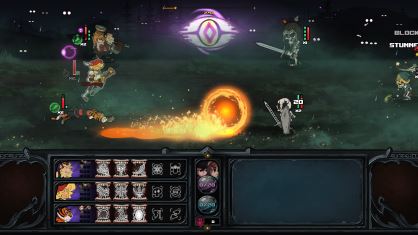 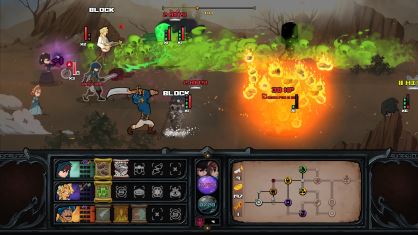 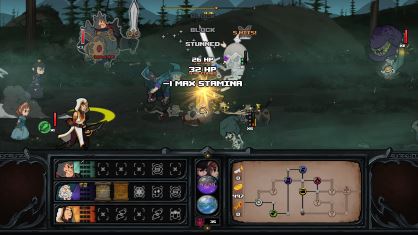 I also want to post this message from us developers:

We are grateful that so many people have enjoyed the game and despite some of the criticism, we feel that we succeeded in making the game we wanted to make. Has-Been Heroes is tough but also a lot of fun when you understand the mechanics. Maybe we would do certain things a little differently, and we’d try to ease in the player (and reviewers) a lot better, but as far as the core game and gameplay mechanics, we’re happy. It’s been fun to see that a lot of you have been too!

So a big thank you to everybody who’s bought and enjoyed the game, it means a lot to us!

The free expansion is our way to thank you back, we started working on it in the spring and summer, and what started out as “let’s do a little bit of extra content” turned out to be a pretty major content add-on. Actually at some point we thought we should put a price on it, but after a while we figured that we rather have everybody have access to the same content and new features.

I hope this expansion gives everyone playing some hours of additional fun – or in other words, another 100 hours? 🙂 In addition to that, from a development standpoint this was a handy way for us to keep the team together “in-between” projects. A lot of the guys and gals who were on the Has-Been Heroes team are now working on our next game, Nine Parchments, coming out by the end of the year, and the experience we gained on working on Nintendo Switch has been super helpful with Nine Parchments too.

So in summary, thank you to everyone out there reading this and playing the game! We hope you continue to have fun. 🙂

29 comments on “Has-Been Heroes gets a free Expansion – out now!”