Update for the Nintendo Switch has now been released!

Nintendo Switch update for the Nine Parchments has now been approved and it’s available for download! 😊

• You can now store up to 10 runs
• Fixes to saves being wiped when disconnecting from an online game
• Online game can be started alone, no need to wait for others to join in the lobby
• A lot of bug fixes to different kinds of issues of camera not moving and enemies not spawning or dying correctly
• Changes to the online matchmaking logic
• The invisible quill in Endless Snowbanks is now visible
• Fix to the ”The Hero of Trine” Amadeus not unlocking if Amadeus dead when the boss is defeated
• Other minor fixes 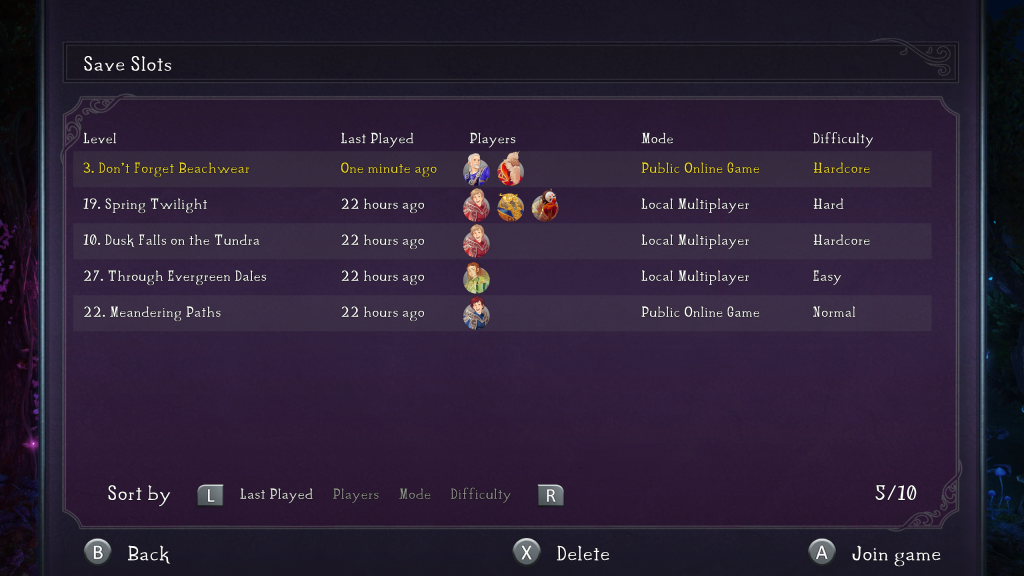 These changes are included in the first update. We are working hard with the next patch already, so remember to stay tuned for updates!

45 comments on “Update for the Nintendo Switch has now been released!”