“It seemed like a perfect time to focus on finding new accessories.”
– The Narrator

The students of the Astral Academy are not after only their school’s missing spell parchments, but there are other fascinating things to be found out there in the great wide yonder. 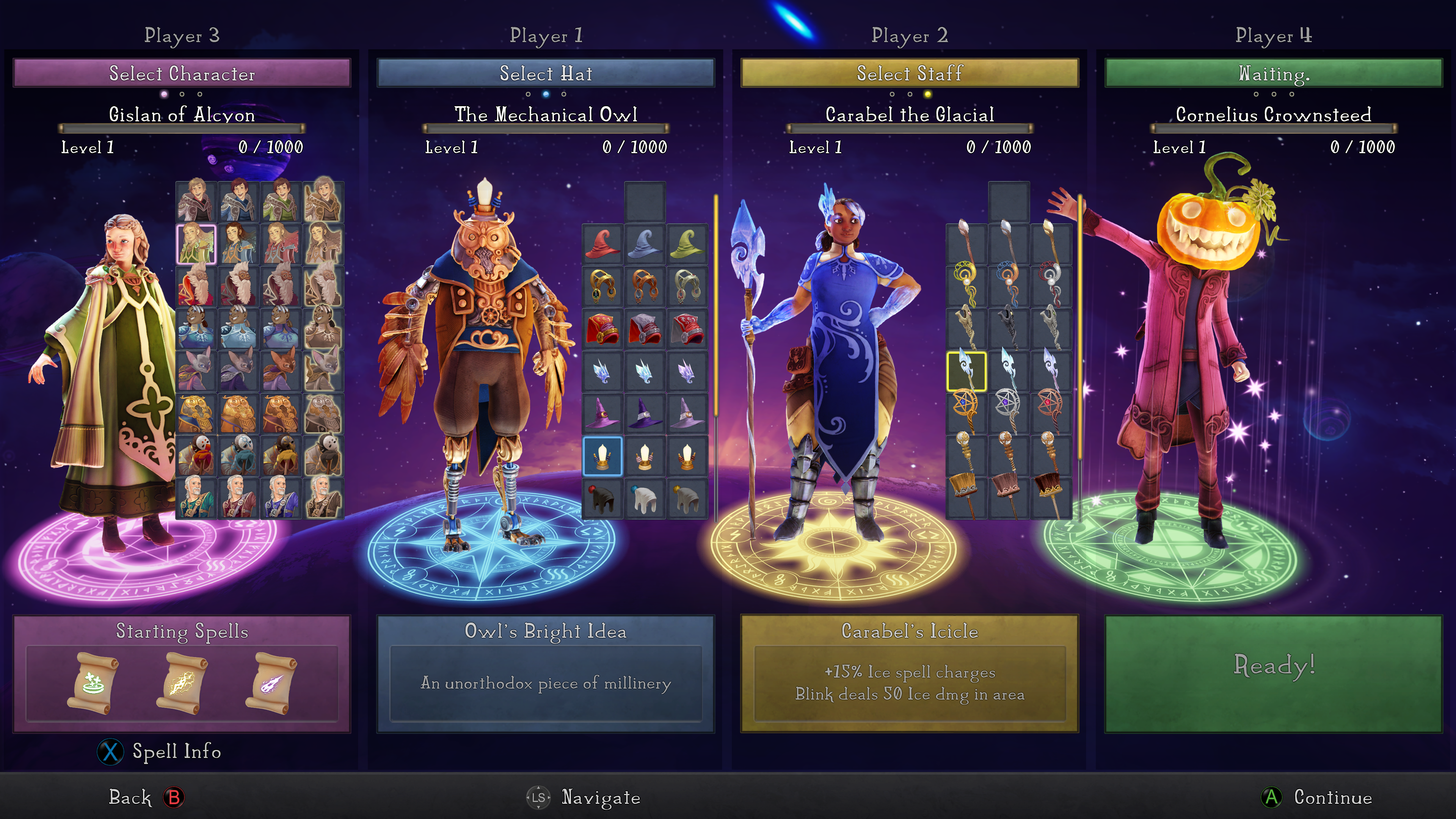 There are chests hidden all across the perilous journey, and while some are sadly empty, others contain fashionable pieces of millinery: hats! Each student has their own hat, but they find stranger and more wondrous hats as their quest progresses.

Playing on a harder difficulty allows you to find more interesting, rarer hats, but there are plenty of hats to be found also in easy and normal difficulty.

Hats don’t affect your gameplay, but they allow you to distinct yourself from your fellow students, and show off your monster defeating feats.

Staves, however, are another matter entirely.

Staves are found throughout the levels. You may be able to wrestle some from the hands (or claws, or paws) of the monsters you are facing, while others staves require a little puzzlework, or quick feet. Alternatively, you can collect quills, which are automatically turned in for staves.

Or you may simply chase one until you catch it…

Most importantly, each students has their own staff. These staves are the key to unlocking all the playable characters in Nine Parchments.