Nine Parchments — Spells and Their Elements

“This is Fire, this is Ice
This is Death, this is Life
This is Lightning, this is Steam
And this is all that’s in-between”
– The Principles of Magic for Elementary School Levels by Professor Butternut

Nine Parchments is all about runaway students from the Astral Academy going after missing magic parchments on their own, so here we take a closer look at what kind of magic we have in question.

The spells cast by the students, as well as the spells they find out in the wilderness, fall into seven categories: six kinds of elemental spells; and non-elemental spells, which are a bit more rare to find.

All elemental spells are paired with their opposite elements. Fire with Ice, Life with Death, and Lightning with Steam. Paired elements are vulnerable to each other, meaning that Ice spells are the most effective way to injure Fire-enchanted targets, and vice a versa. 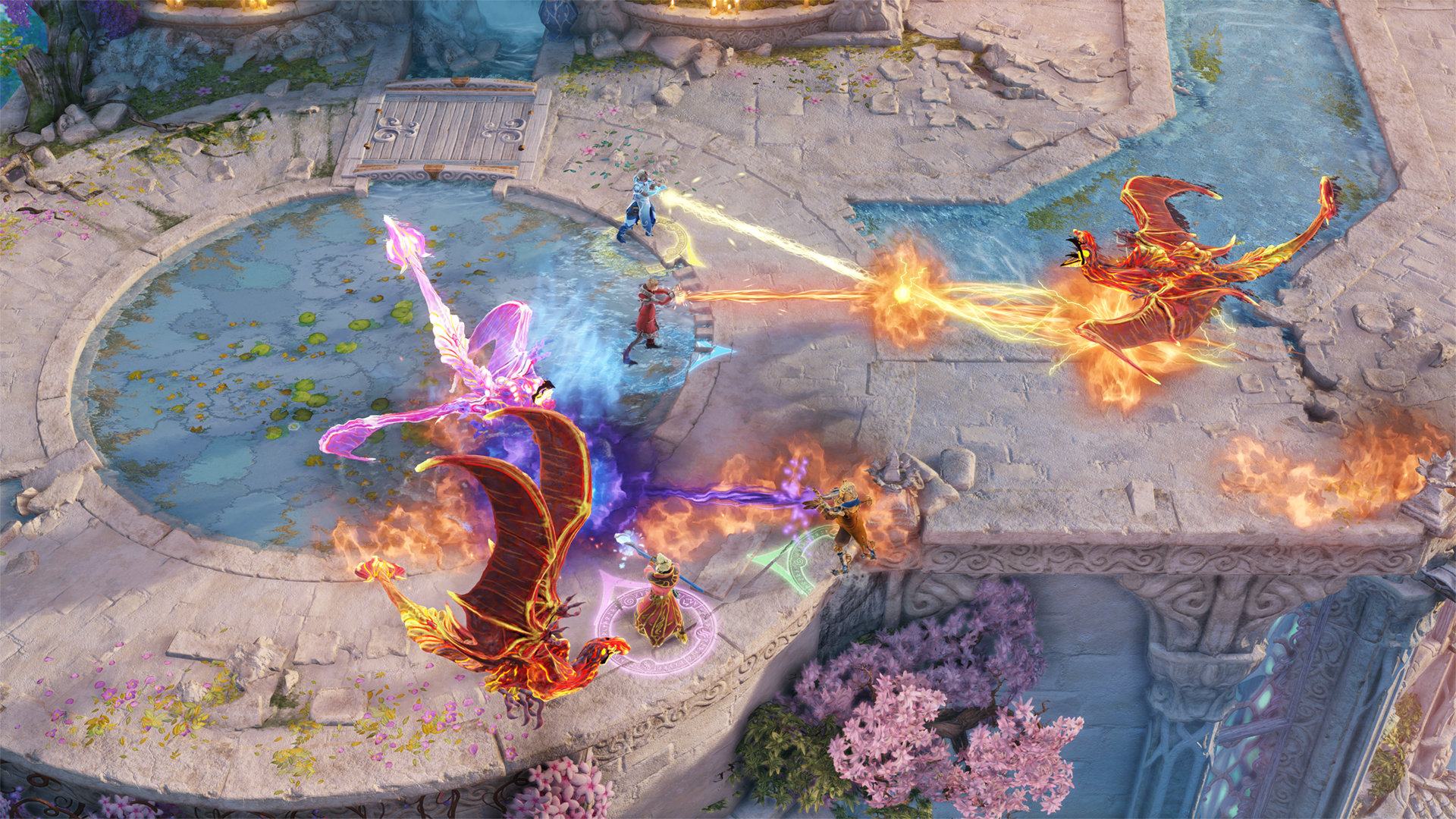 As for how these spells are applied, there are numerous ways to demonstrate your power with elemental magics. The most often used variations are the channeled beam spells, with all six elements represented. The beam spells can also be combined, any element with any element, to create more powerful effects.

Spells can also be shot as projectiles of many shapes and sizes, varying from modest Small Fireballs to entire Curtains of Lightning, and some may even be thrown across the air and slammed on top of an unsuspecting enemy (or friend.) And some spells are placed on the ground, to work their magic from below the feet of any creatures caught in its influence.

As their quest progresses, the students of Nine Parchments gain new spells along the way as they find parchments across the lands. Their objective is to have altogether nine of them in their spellbooks, and ultimately, seal them in, and master these spells forever!

One comment on “Nine Parchments — Spells and Their Elements”