For the 19th day of December I’m finally going to help the community of Starbase to figure out what the number 16 means. The elusive 16 and its meaning has been taunting the community over and over on Discord for quite some time now, and many theories seem to have been proven wrong already. Time to get to the bottom of this mystery… 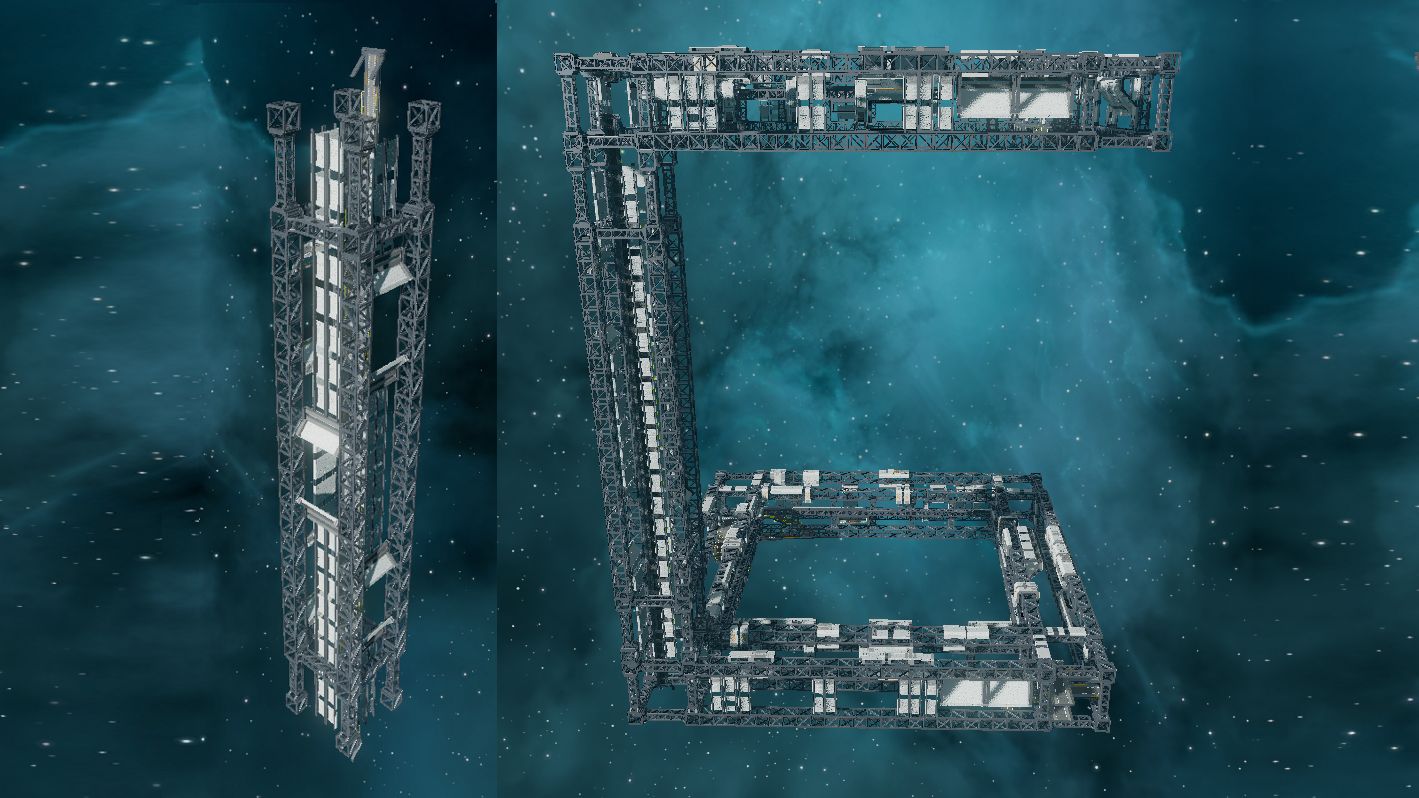 Let’s start with the culprit who started it all: ElluFB. Ellu (Community Manager) is in charge of posting the Starbase progress notes on Starbase Forums. The notes for the week 43 had something peculiar included – a suspiciously edited picture of two space stations. Two stations clearly forming a shape of number 16. 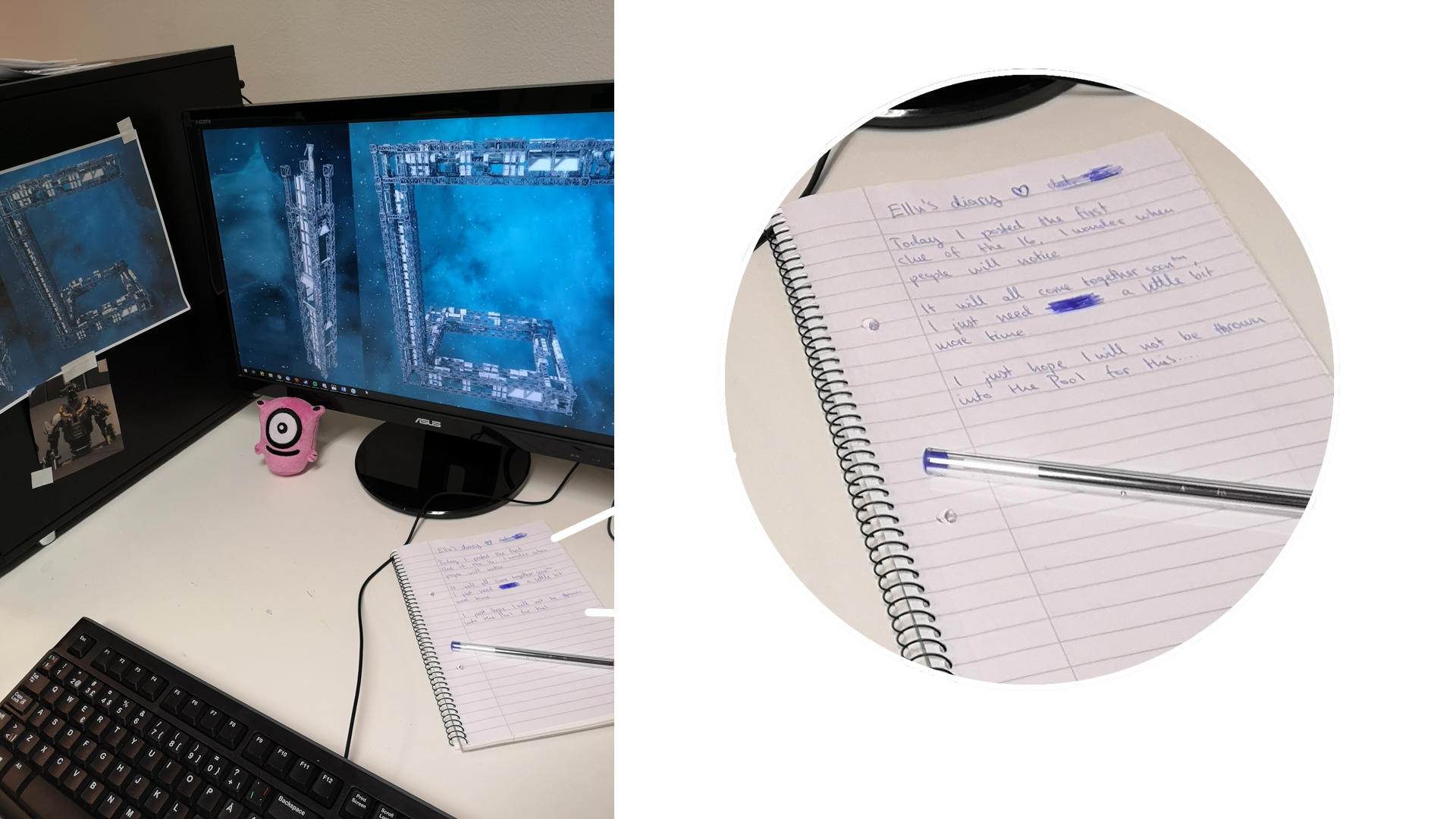 I go to Ellu’s desktop while she is getting tea downstairs. I have to be fast, it would be a disaster if she found out that I’m onto her and the number 16. Why does she have that picture as her desktop background? What does it mean? And why is it printed separately as well? There is a picture of the robot Bob as well. Everything is too weird already…

I keep investigating and find a notebook, left quite carelessly on the desk. It’s generally not acceptable to read somebody’s diary, but this is vital information for the investigation. I take a closer look on the notes and I have to say – there’s something really shady going on here.

I retreat fast and move to another employee’s working station. Another mysterious computer setup found. There it is again, that same number. Empty folders on the desktop making up the number 16. Even the number of the folders is 16! I need to find out more, this cannot be a coincidence. These things have to be connected…

I spend the whole day collecting all the information that I can find of 16. Now waiting for everybody to leave the office. It’s getting late. I wait some more and check the place –  no one to be seen. Time to solve the mystery. 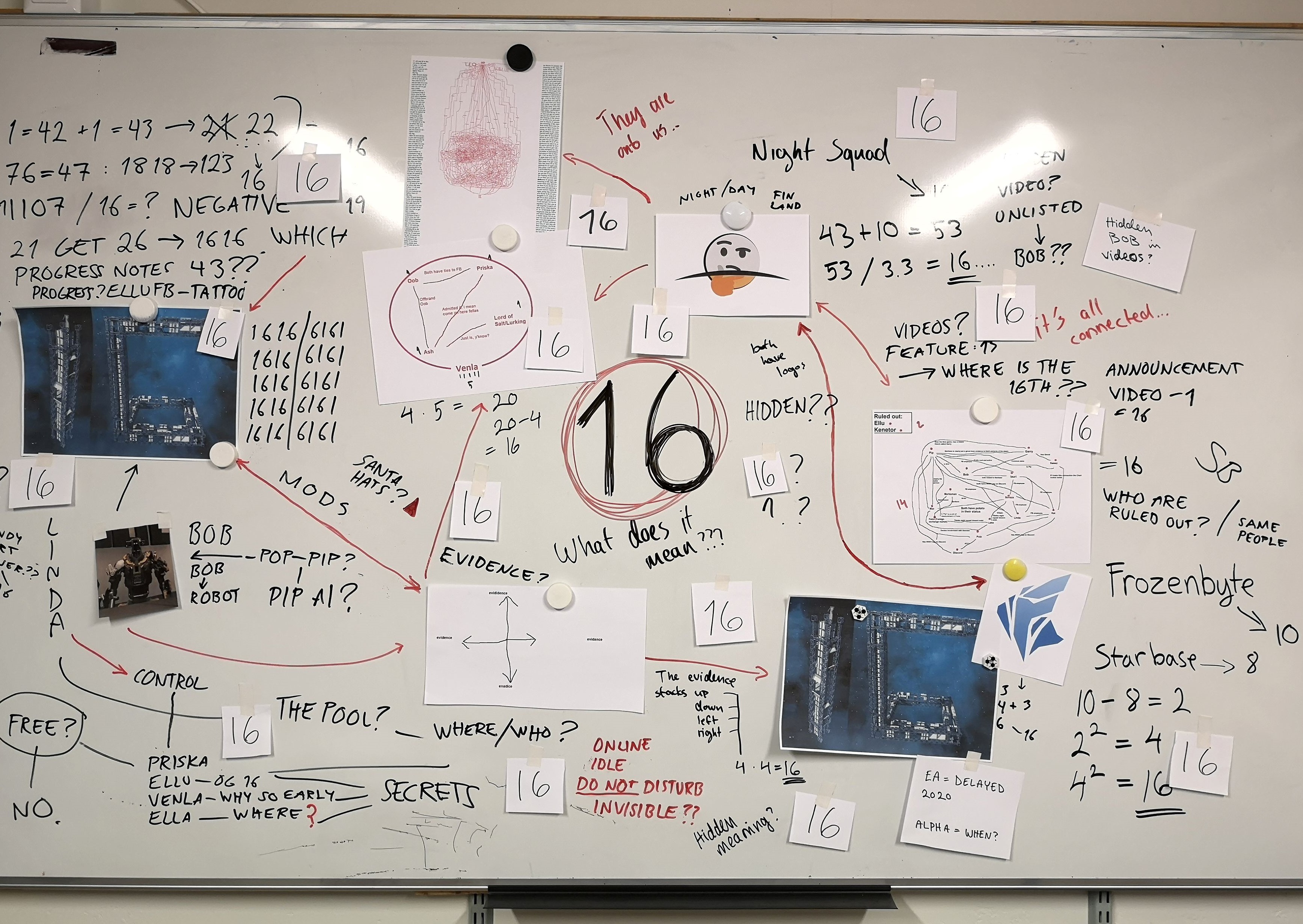 Here it is. Everything that I have managed to gather of 16. I can feel the exhaustion on me, but I will not rest until I figure this all out.

Here are some close-ups. 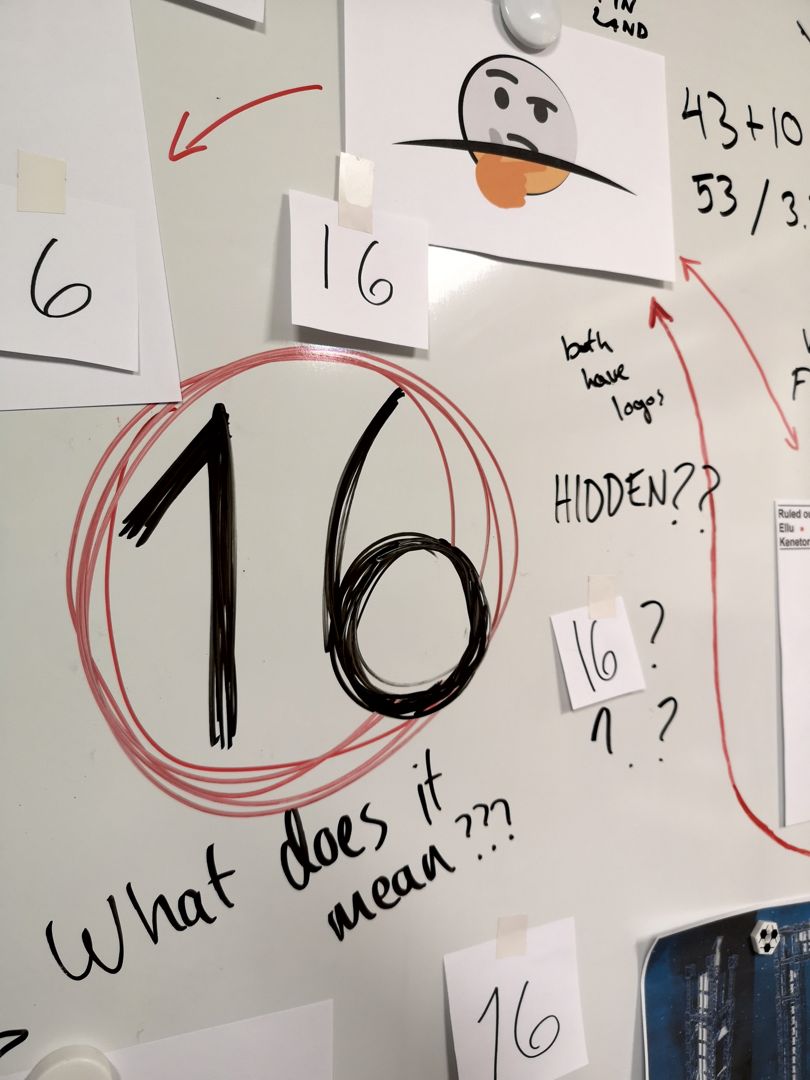 The mysterious number. The focal point of my investigation. What does it really mean? Check out the letter count here. This is getting intense. 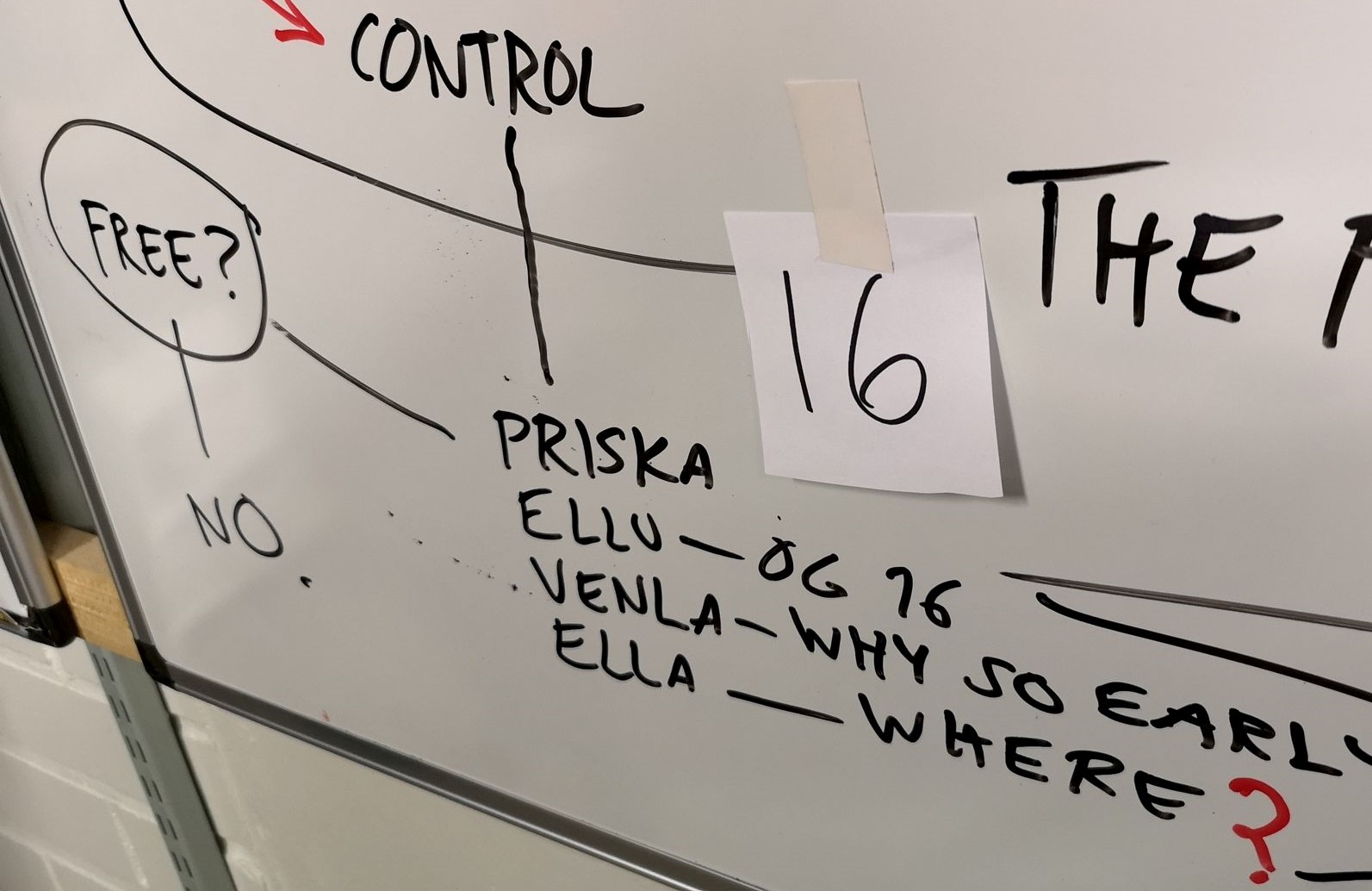 My co-workers. And I. Right now I’m mostly concerned about Ellu and her notes – she has to be connected to this. Have to admit – the others don’t have a clean slate either. 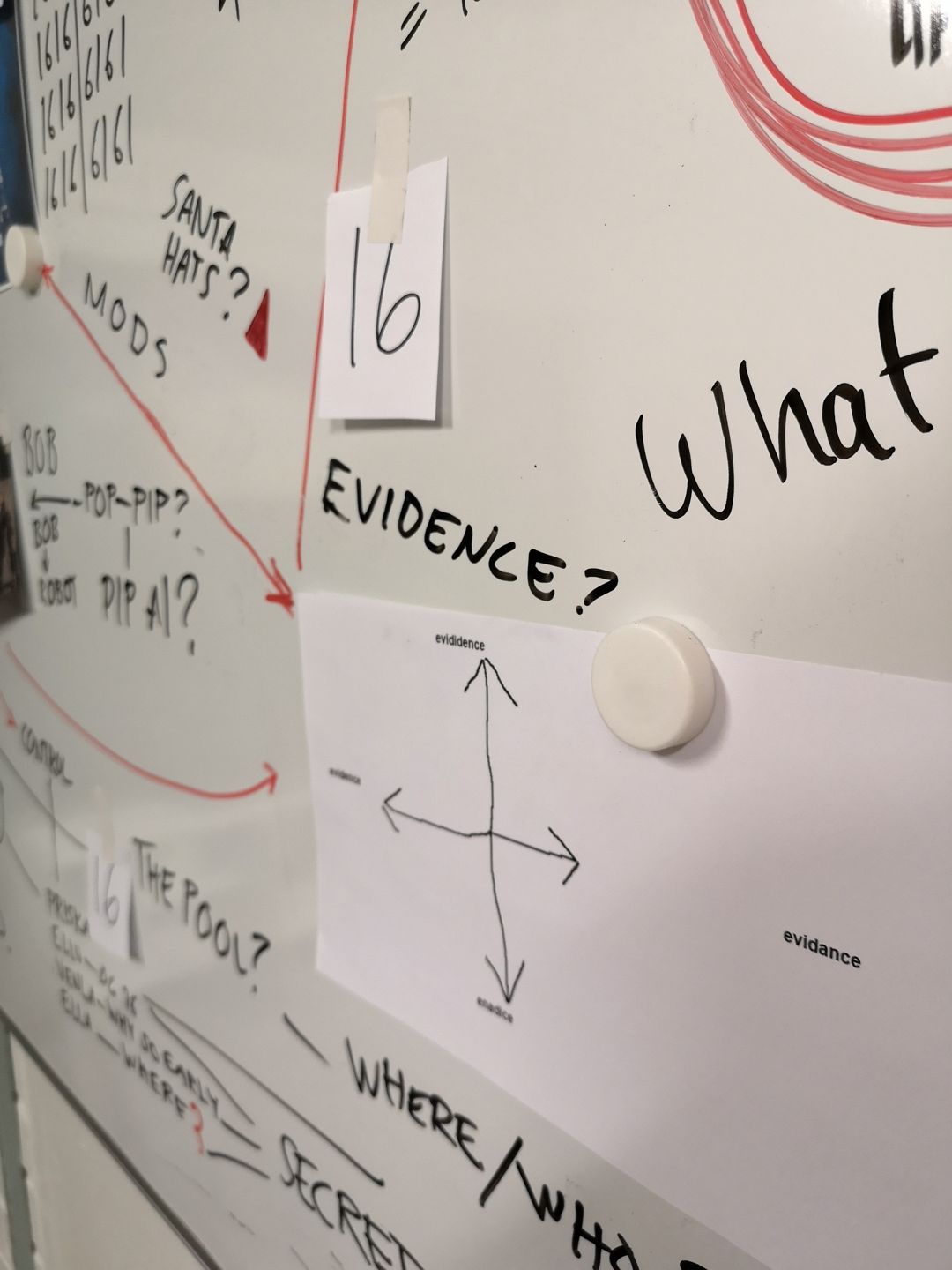 Evidence stacks up, down, left and right. 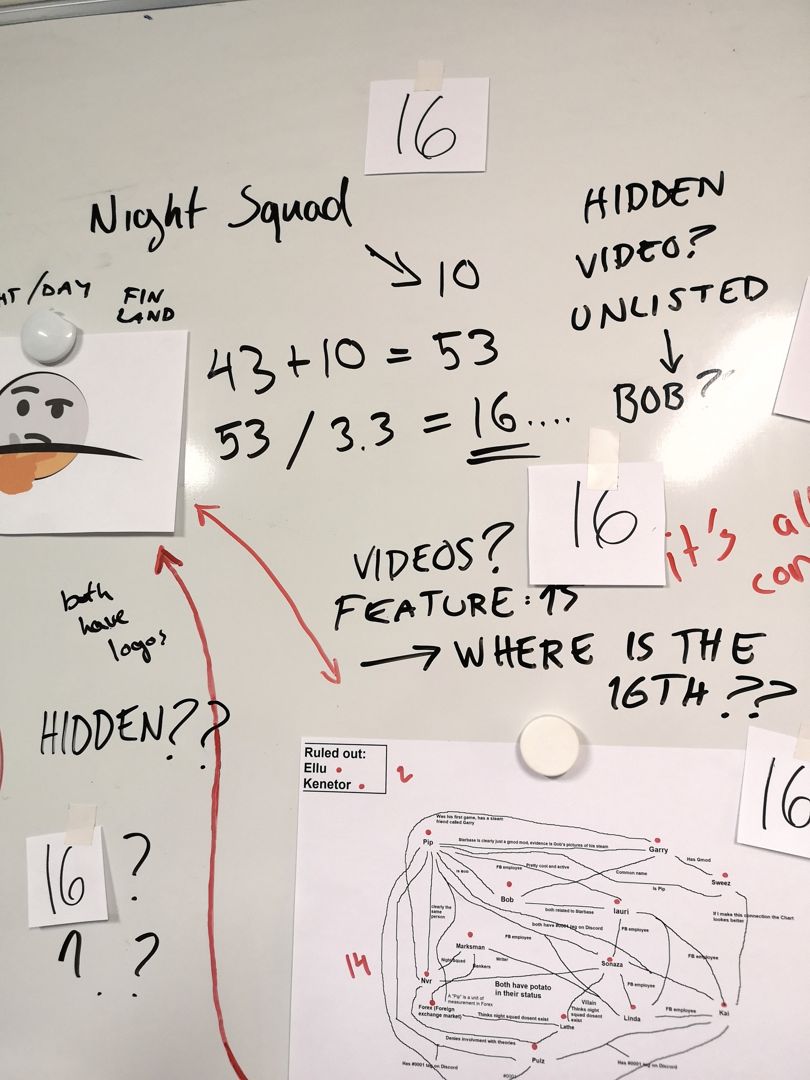 The missing 16th feature might have something to do with all this. Where is it? Is it hidden? 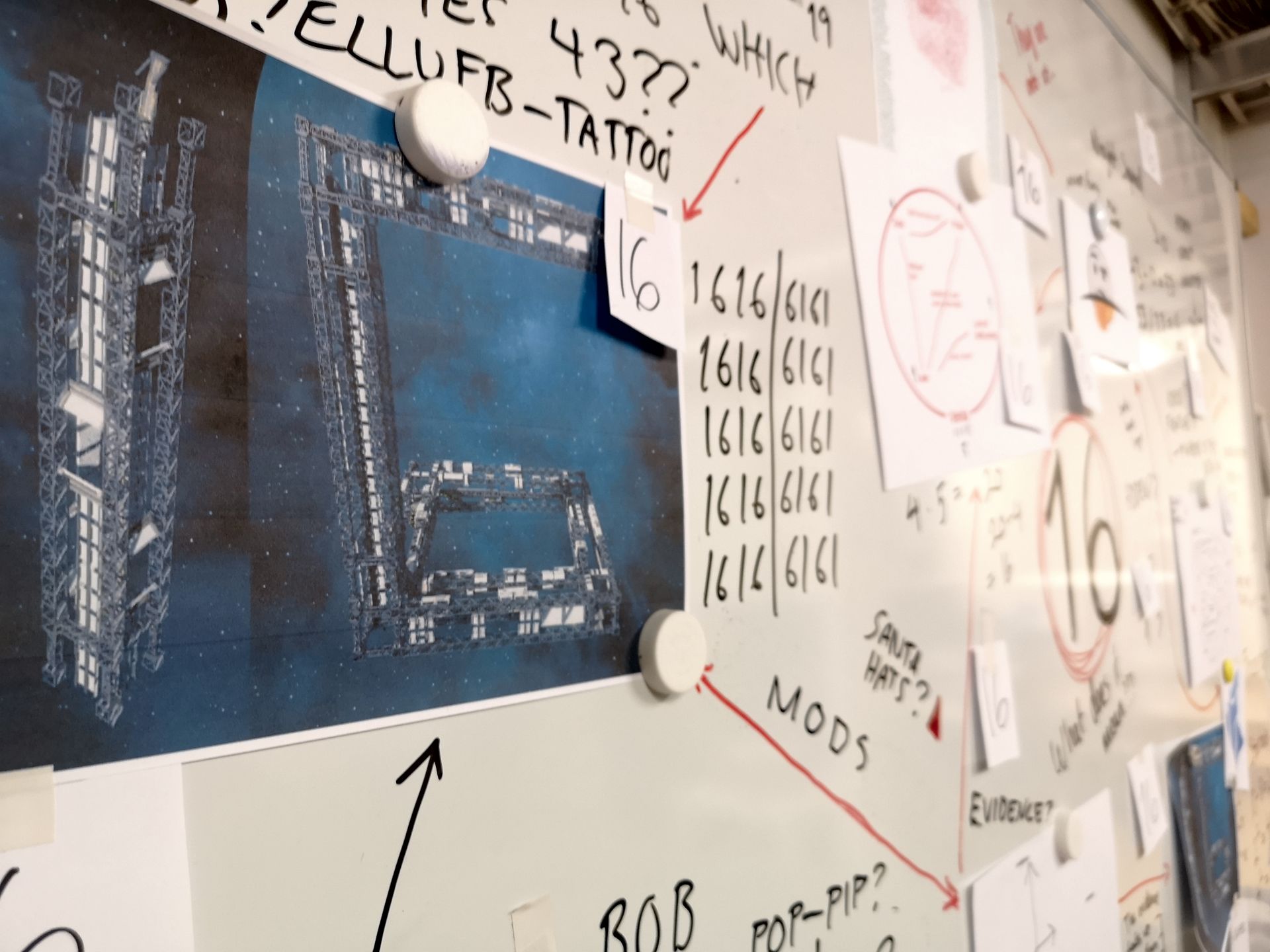 So many details, so little time. It’s not late anymore – it’s early and I’m starting my shift soon. I have to get rid of my board and continue the investigation later.

The mystery lingers on.