Major Content Update for Trine 3: The Artifacts of Power

Get ready to enter the mystical Astral Academy, where strange magic has taken control of inanimate objects. Here’s a short teaser of what’s to come (don’t watch if you don’t want to be spoiled in any way):

The Challenge Level this time around is for Amadeus, befittingly called “A Wizard’s Nightmare”.

In addition to the new content, we’ve been working on several major gameplay changes as well, namely related to checkpoints and resurrection. We’ve had comments during Early Access saying that the combat has been too easy and we agree, so instead of just making monsters hit harder or increase their numbers, our design went back to the drawing board.

The result is that checkpoints now only store level progression, and no longer resurrect players. Instead, if one of the heroes dies, you’ll have to reach their spirit with one of the other heroes that are still alive to resurrect them. In combat this takes a longer time, so you might have to fend off enemies to save your fellow companions. This opens up a lot of new possibilities for very cool and more difficult fights.

The visual effects for resurrection and the spirits are not finalized yet, but we’d love to hear feedback on the new system and the added levels 🙂

To celebrate the update, we also took some new 8k-resolution screenshots, enjoy! 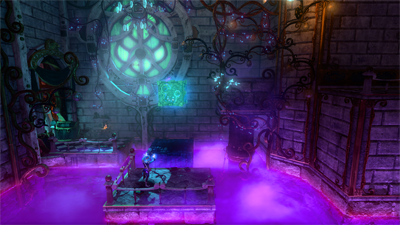 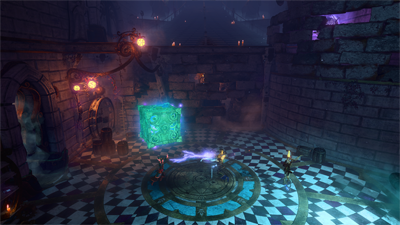 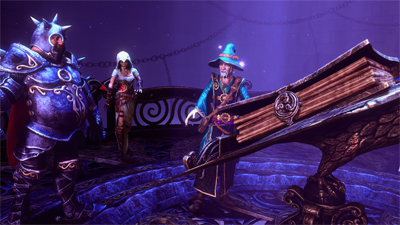 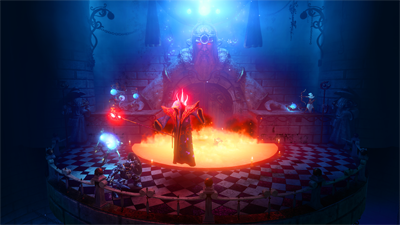 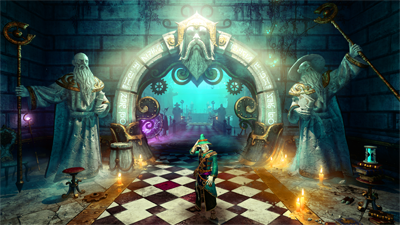 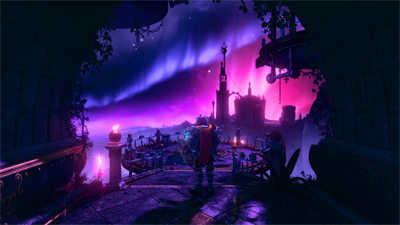 We’ve also received lots of feedback about the character outfits in the Unlimited Mode and tutorial levels when playing in co-op. As a result, we added different coloured outfits for the Trine Heroes to be used when more than one person is playing the same character. We hope that this will make playing together online easier and more fun when all players are able to instantly tell their characters apart from the others based on their outfit colors.

List of Known Issues
* Online Multiplayer doesn’t have sound if Voice Chat is enabled. You can disable it from %appdata%/Trine3/options.txt (more info on Steam community forums)
* Public Editor might have issues if you try to install new version into old versions install folder (also hundreds of pop ups might appear).

NOTE
* Patch size will be about 1.8 GB due to rebuilded data (optimizations) and due to new content

5 comments on “Major Content Update for Trine 3: The Artifacts of Power”