We’ve just released a new content update for Trine 3: The Artifacts of Power! It includes a free new level as well as official support for SteamOS and Linux.

The new level is a mini adventure featuring the three heroes and their (or mainly Pontius’s) desire for some food – a cake, no less!

Also included are various minor fixes and improvements, such as a mid-level checkpoints for the Lost Page levels, and a fix to the Wizard’s box exploit. Changelog below and also available in the game’s files.

All three Trine games are now also now on SALE from Thursday 5th November for the duration of this weekend. For details, check the store pages on on Steam, GOG.com and Humble Store!

Don’t forget to tell your friends so that you can play together. 🙂

Trine 3: The Artifacts of Power OS X version is still available on BETA through Steam – official release later this year!

Any thoughts on the update? 🙂 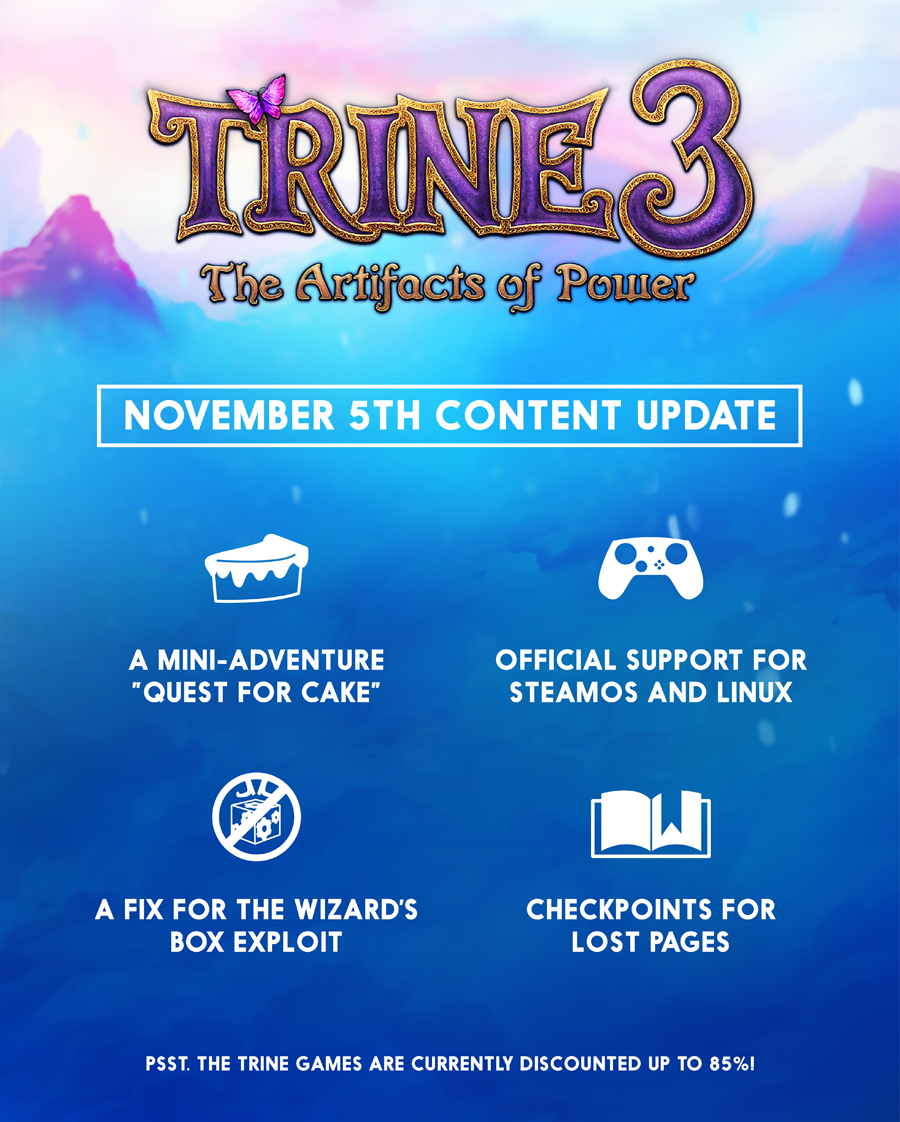 Levels
* Added a new level “The Quest for Cake” !
* Added similar checkpoint logic to Lost Pages levels than Tutorial levels have, now you can die during the level and continue without restarting the whole level

Cinematics
* Fixed minor issues with the intro cinematic (polished scene, no more holes in the geometry, no more characters running through the walls etc.)

Achievements
* Fixed issue where Trineangle related achievements were only unlocked on level exit, now they are unlocked when last one is collected in a level

Stereo 3D
* Fixed Stereo 3D feature available pop up which was missing
* Fixed Trine 3: The Artifacts of Power main menu logo which stuck on screen when Stereo 3D was enabled

Info
* All v1.10 (Steam and DRM Free) builds are online multiplayer compatible with this build (check the version number from game’s main menu)

OS X Known issue
* Mouse needs double click so that one click passes through, this can be fixed by ALT+TAB / CMD+TAB the game and back