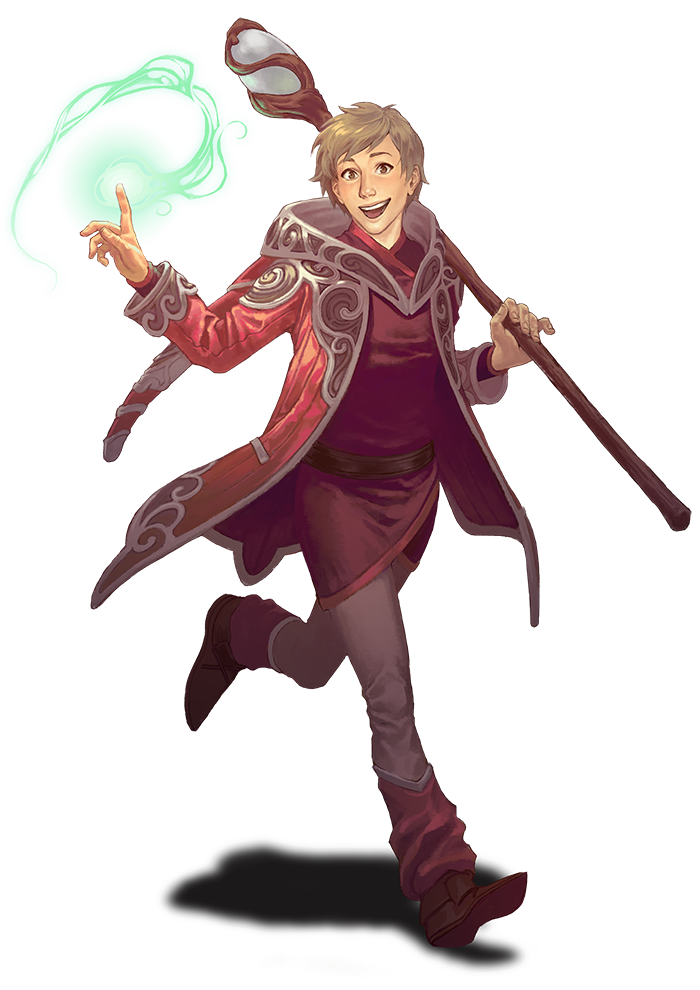 “Nobody will laugh when I collect my Nine Parchments!”
– Cornelius of the noble house of Crownsteed

Favourite spell: Small Fireball
They may be small, but they still count as fireballs!

A group of would-be wizards are studying in the hallowed halls of the Astral Academy, each eager to complete their spellbooks with nine spell parchments. When an unfortunate incident takes place in the Academy Library, the students have an opportune moment to skip tedious classes and graduate much faster than they could have hoped for.

One of these initiative-taking students is young lord Crownsteed, who is hoping to learn great magic in order to impress his family. He has not done such a good job of impressing anyone so far however, having drawn the ire — rather than the admiration — of his fellow students. Could it be that introducing oneself with an aristocratic title isn’t always a good idea?

Cornelius hopes that besides being able to fulfill the expectations of his noble family, that this adventure will help him stand up for himself and maybe even make new friends.

In addition to Cornelius, there are quite a few other wizarding apprentices with aspirations to collect their Nine Parchments, and we’ll take a look at them soon!