Monthly Report: Back from Gamescom and PAX

August was a busy month! A lot happened, especially compared to the few previous months. And from this, I bet the most exciting thing for many players was the moment when we announced that Amadeus is a playable character in Nine Parchments. How many of you saw this coming? 😉

Nine Parchments team probably had most of the pressure here with our QA team, as they prepared the game’s demo build to Gamescom and PAX West. Also our marketing team was super busy due to these events, below is a bit about their journey.

First, three of our guys drove our Hypevan to Gamescom held in Germany, making it there alive and the van fully intact was quite a miracle. The event went pretty well otherwise too. Below is also a 9-minute stream we did from there! Be prepared for the shaky camera.

After showing Nine Parchments demo for five days, half of the four man crew flew directly to Seattle and the other half drove the van back to Helsinki. After arriving to Helsinki, one of the drivers also flew to Seattle where our Marketing team attended PAX West 2017 with a very similar setup. And note that we will still be attending Tokyo Game Show 2017 from September 21 to 24th, so remember to stop by our booth if you’re in the hood! 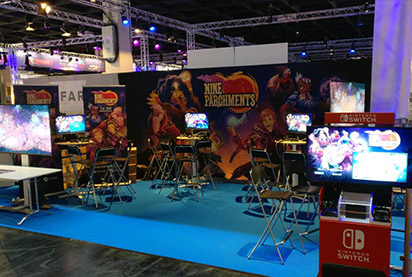 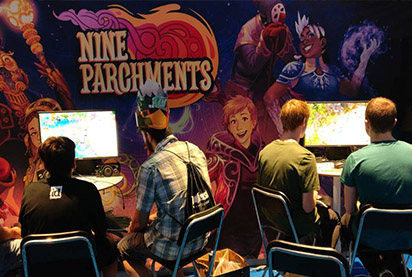 Above is our booth at Gamescom with and without people. Click pictures to see them bigger and thank you all who attended the events, we are happy to see that so many players are excited about the game!

Also in case someone missed this, we released this (below) awesome blueprint drawing of our van when it returned back to our office. One of our designers drew it way back when he was working in the QA department. His coworkers were quite impressed about the drawing, here’s also some feedback he received after we released the image in our social media!

Producer: We should move you to the art team.
QA Lead: This tells that our van has at least two (2) wheels.
Designer: I love how you wrote “van” to the front of the car so that everyone knows what is up. 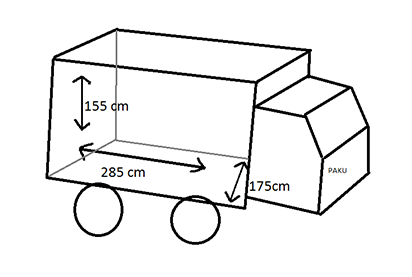 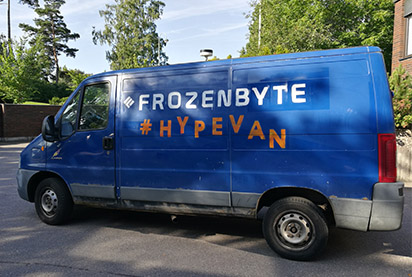 Our van! It’s not the most shiny, but it’s mostly reliable. Click the pictures for bigger view, but not recommended.

Has-Been Heroes team was also included in the hurry as we released Has-Been Heroes in Japan, exclusively on Nintendo Switch, about a week ago. There has been a lot of entries to the Hall of Heroes lately, but there is still room on the wall so remember to contact us if you reached the full completion – and maybe we’ll now get some Japanese names there now?

That’s all for this time. Below is still one last picture, but we’ll also make a post just about the events soon. Take care all, and feel free to write to the comments about how your autumn is starting! 🙂 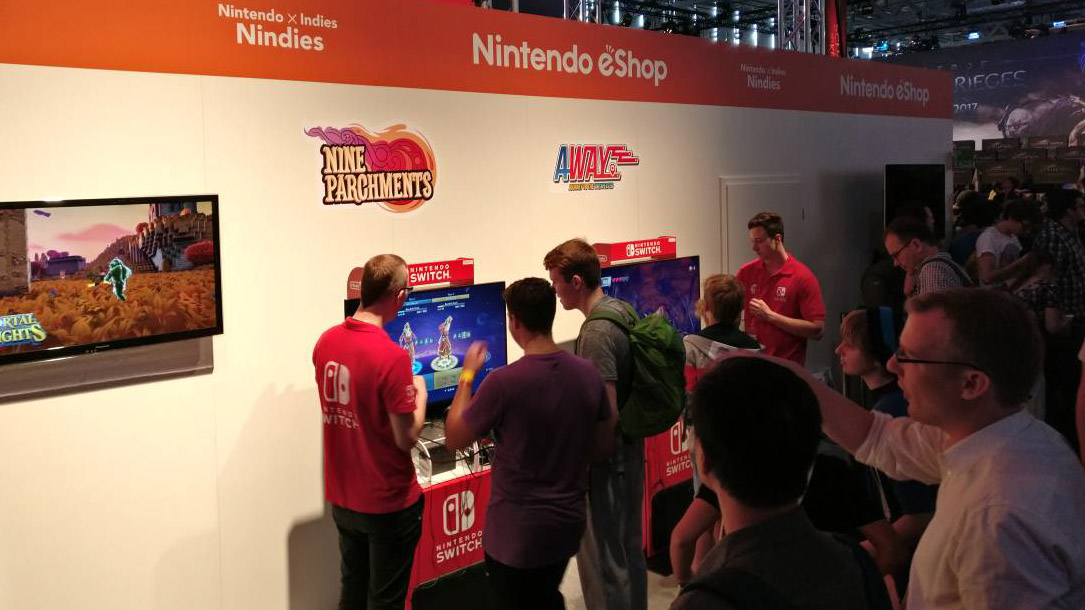 At the events we had a small spot in the Nintendo booth as well! This is from Gamescom. Thanks Nintendo for your support for indies!!
← Older
Newer →

2 comments on “Monthly Report: Back from Gamescom and PAX”